The impact of SCMS on Shelli Schroeder’s career was quick 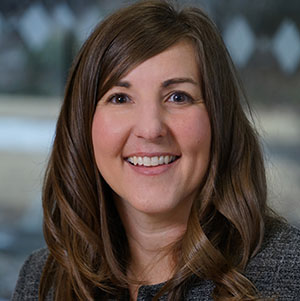 Until attending Southwest CUNA Management School, Shelli Schroeder of Oklahoma Central Credit Union had a bit of a one-sided view of the credit union movement and the financial industry in general. At the time she started SCMS in 2017, she had eight years of experience at Oklahoma Central, which has 10 branches in and around Tulsa and assets of $715 million. Prior to that, she had spent 10 years with Wells Fargo.

“I had always been on the operational and sales side,” Schroeder said. “Going into SCMS, I was looking to learn more about financial analysis and asset/liability management. Debbie Rightmire of Cornerstone taught those classes. She taught us everything to do with the financial side of the business, and that was very beneficial for me.”

Graduation from SCMS, Class of 2019, also paid off in an immediate promotion to executive vice president and chief operations officer.

Schroeder learned other lessons that she will never forget. She fondly recalls the class taught by Larry Biernacki, retired president and CEO of Arkansas Federal Credit Union. His class was about credit union trends, challenges, and innovation.

Those words have become a part of Schroeder’s approach to management.

Schroeder also remembers that she had a strong tradition to uphold as an executive of Oklahoma Central Credit Union, which has a history of sending executives to SCMS who graduate with honors. So, she did them one better. She earned the Award of Excellence as the top student in her class of about 40.

Was it a challenge? Absolutely.

“I have one daughter,” she said. “She’s eight now. When I started, she would have been four. It didn’t come without struggle and compromises on my home life for my daughter and husband.

Schroeder said she was busy at work, and there simply wasn’t time to do classwork at the office.

“I truly did 99% of my classwork on weekends and evenings,” she said. “It’s just one of those things where you have to keep your eye on your end goal. I knew it was important for me to get that SCMS certification.”

Beyond the knowledge she gained, Schroeder is quick to cite what she believes is another top benefit of attending—the lasting relationships with her classmates.

“I think one of the greatest things about SCMS is the networking and the relationships you get to build with colleagues in the industry from both small and large credit unions,” she said. “We still use an app to connect, and we send emails to ask questions or bounce ideas off each other. We are definitely a close-knit group, and it is a huge advantage to have my SCMS classmates as a resource.”

Schroeder, who today serves on the SCMS board, offers this advice to those considering SCMS: Go for it.

“I’ve never talked to someone who wished they hadn’t spent the time at SCMS,” she said. “It’s a great place to learn and get experience at public speaking and delivering presentations. You won’t regret it, and your management is going to see the value in it.”